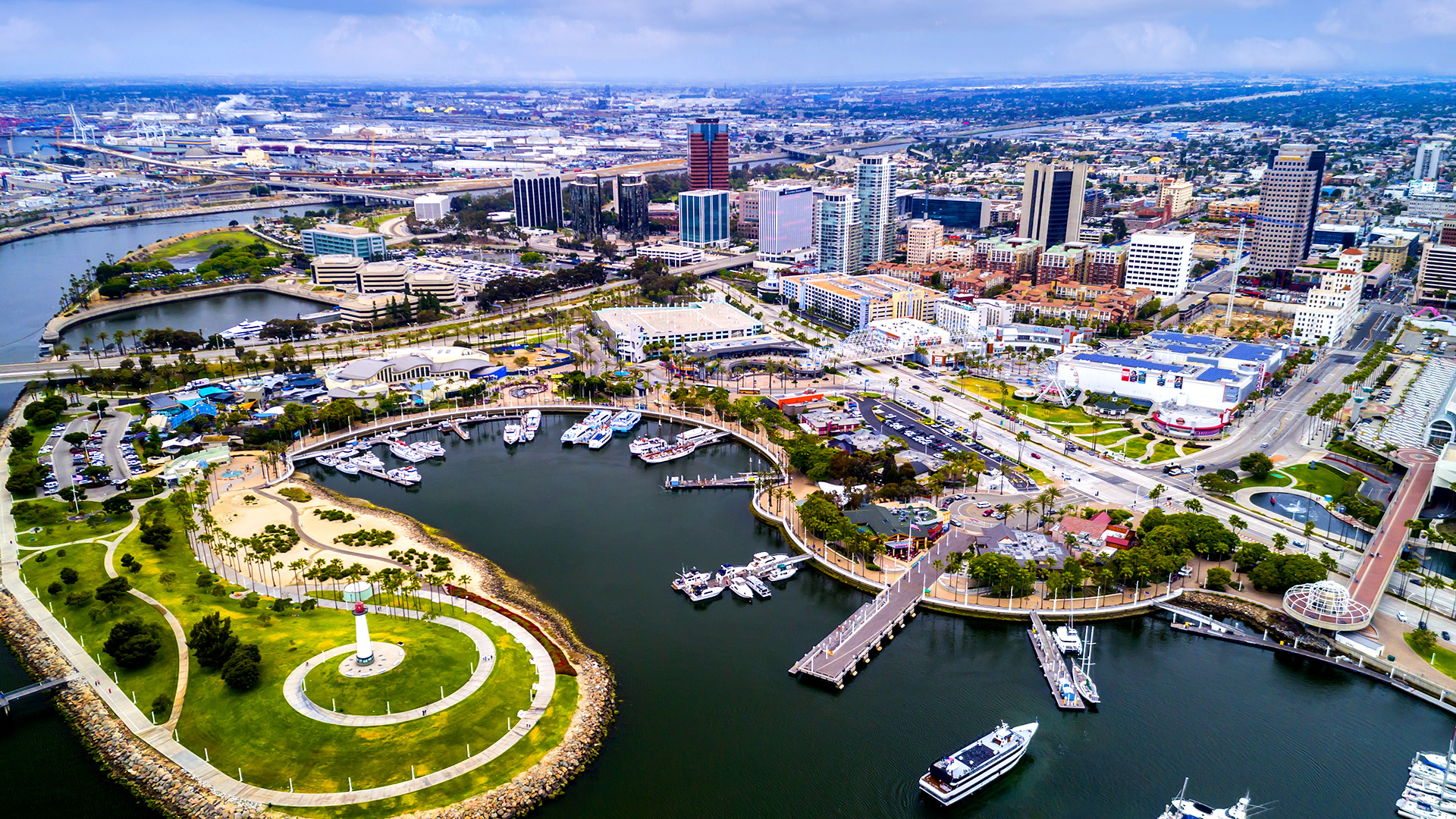 In the short-term, recovery from the economic effects of the coronavirus pandemic will hinge on the return of face-to-face services, tourism and residents supporting small businesses by shopping locally, experts said during an economic forum on Thursday. In the long term, investments in trade infrastructure will help sustain the city’s economic health, panelists said.

Accelerate Long Beach, a quarterly economic forum hosted by the Long Beach Economic Partnership, offered insights on the status of the local economy, with a focus on trade and logistics, and the economic recovery process.

While growth in the e-commerce sector, as well as spending on groceries and home goods, has supported record cargo volumes at the Port of Long Beach, the retail sector on the local level is struggling, experts noted.

To support the city’s recovery in the short-term, Steinmetz said, it is important to keep money circulating in the city, where it supports local jobs and, in turn, creates additional buying power.

Spending locally, the economist added, is necessary to “stop the bleeding” and ensure that those hit hardest by the economic effects of the pandemic—low-income residents working in the service, leisure and hospitality sectors—will be able to recover.

For consumers to be comfortable to return to local bars, restaurants and shops, Steinmetz said advertising the city’s successes in vaccinating its residents and workforce is crucial. “We should take advantage that we can tell the rest of the world: we’re ahead of the curve,” he said.

In the long run, the economist noted, investment in maintaining and expanding the city’s traded industries, such as manufacturing and tourism, will create economic resilience and sustain the gains made during the recovery process.

Another key component, experts said, will be continued investment in port infrastructure. One of the most important projects in this arena, according to panelists from the trade and logistics sector, is the Middle Harbor Redevelopment Project, which is expected to be fully complete in 2022.

At completion, the facility will have an annual capacity of 3.5 million 20-foot equivalent units, a standard container size used to measure cargo volumes. That’s the equivalent of more than a third of the port’s total cargo volume in 2020, its busiest year on record.

“That’s going to be a game-changer,” Lupe Valdez, Union Pacific’s senior director of public affairs for the Arizona, Nevada and Southern California region, said of the automation and modernization project at Pier E.

Overall, Long Beach Container Terminal President and CEO Anthony Otto said the port is well-positioned to continue its growth in 2021 and beyond, despite what the long line of ships currently at anchor in the San Pedro Bay might suggest.

“Things are catching up,” Otto said of the temporary capacity challenges the port is facing. “We look forward to the second half [of 2021] that’s still projected to be just as busy.”