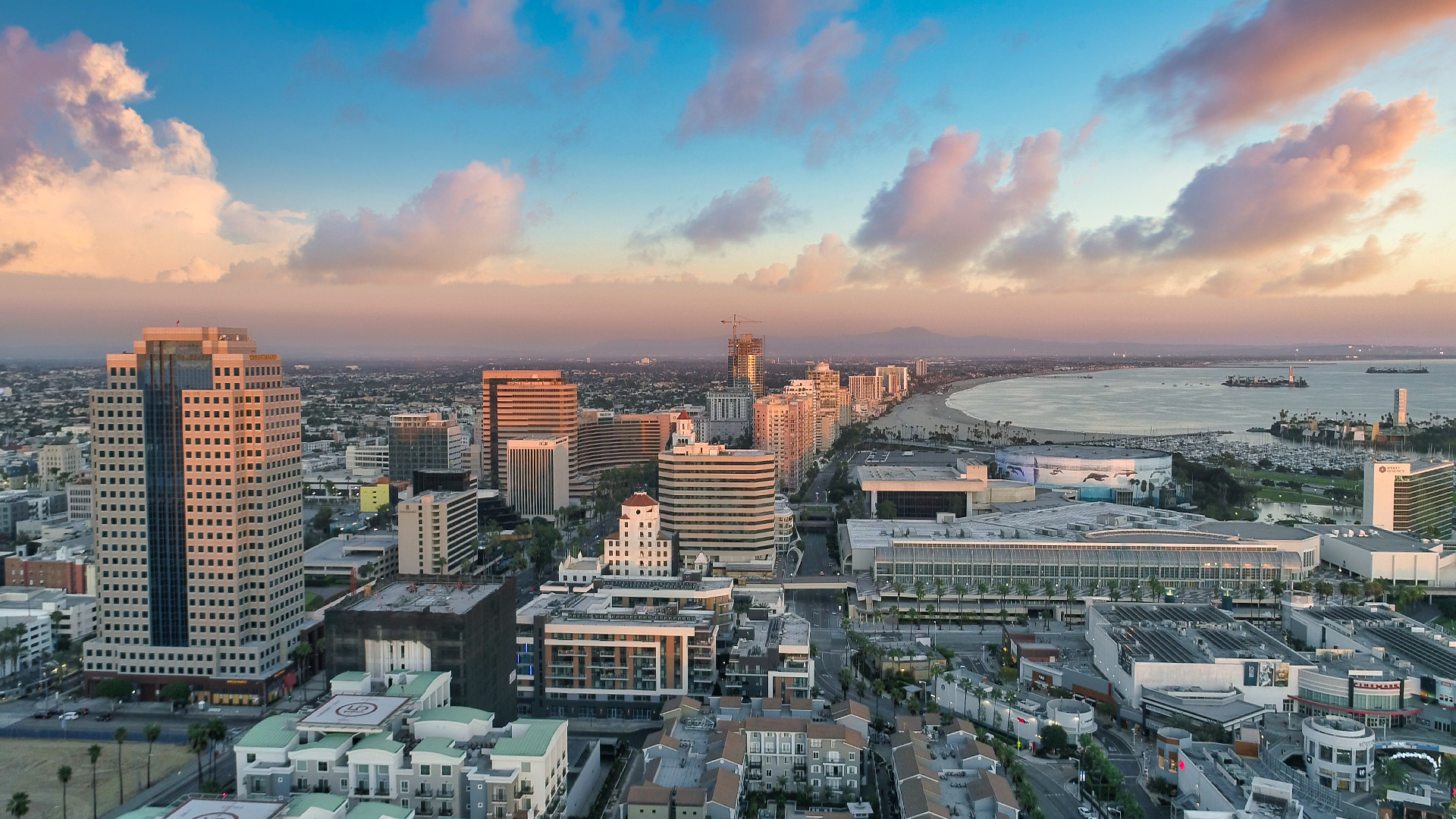 Long Beach is in a ‘K-shaped’ economic recovery, with low-income workers faring worst

Lower income Long Beach residents are faring far worse than their higher income neighbors in the ongoing economic recovery from the coronavirus-induced recession.

That was one of the main takeaways of the Long Beach Quarterly Economic Forum, which officials held Thursday morning, Nov. 19.

Seiji Steimetz, chair of Cal State Long Beach’s Economics Department, said during the forum that Long Beach appears to be on the path to a slow recovery.

The city’s unemployment rate in September was 15.7%, lower than Long Beach’s peak this year, which was 21% in May. But the number is still far higher than the 4.6% unemployment Long Beach saw in January.

But Steimetz said those numbers don’t show the full picture of the fallout from the recession. That’s because, he said, Long Beach and Los Angeles County are both in the midst of a “K-shaped” recovery.

From the beginning of the pandemic-induced shutdowns, low-income workers in LA County have been disproportionately impacted by job losses, according to data Steimetz presented from Harvard University’s Opportunity Insights.

And as of Sept. 30, the picture for low-income residents didn’t look much better than it did in April; there were still 29% fewer jobs compared to when the coronavirus first hit the U.S.

High-income jobs, though, had largely bounced back; there were only 4% fewer jobs than there were in January.

Larger circles represent greater concentrations of unemployment claims filed this year, when adjusted for the size of the ZIP code’s working population. (Long Beach Quarterly Economic Forum)
The impacts are also seen in local data, he said. When comparing the number of unemployment insurance claims that have been filed since January per ZIP code with the working population in those ZIP codes, Steimetz said, it’s clear that people in neighborhoods like downtown and North Long Beach have been hit far worse than workers on Long Beach’s east side.

“It’s the lower income areas of Long Beach,” he said, “that appear to be most affected by this pandemic.”

Steimetz said the recovery looks the way it does locally because of the industries that were hit hardest. The tourism, leisure and service industries, which employ many of the city’s lower income workers, have all seen declines. Other industries, meanwhile, like finance, construction and health care, have been able to remain more stable.

One exception to the trend of high job losses in the service industries, Steimetz noted, is in bars. The number of local jobs available in bars, Steimetz said, has actually grown 162% since the coronavirus hit.

Steimetz said that’s likely due to the way bars have had to evolve to remain open. Bars are now required to provide food as a condition of remaining open, which has forced many to innovate.

And initiatives like Long Beach’s Open Streets program, he added, have allowed bars to expand into the sidewalks and streets to continue to serve customers safely.