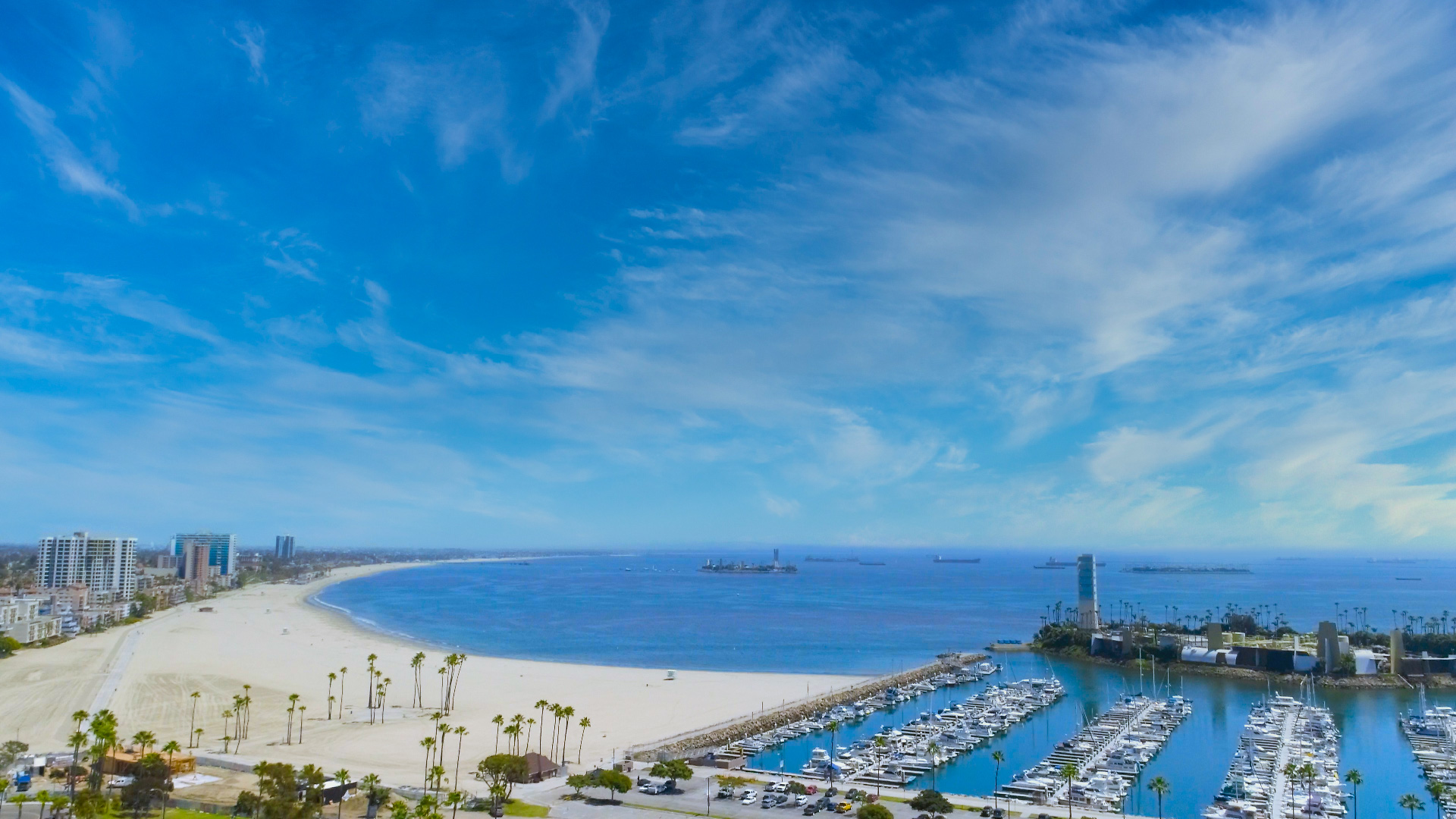 The recession caused by the coronavirus pandemic has hit Long Beach hard, as the unemployment rate jumped from 4.5% in January to 19.5% in June, according to the latest data available. But some parts of the city — particularly small businesses in North Long Beach — have seen more money pour in than before the crisis.

That was one of the takeaways of the Long Beach Quarterly Economic Forum, which was held virtually Thursday morning, Aug. 20. The forum has been held annually until now; with the current uncertainty, the organizations behind it have decided to offer more frequent updates on Long Beach’s economic outlook.

The peak of the impact on employment, he said, was March 28, when about 18,000 weekly unemployment insurance claims were filed in the city — about 24 times the amount that were filed in 2020 before the coronavirus forced much of Long Beach’s economy to shut down.

Although Long Beach’s economic data largely tracks with the rest of Los Angeles County, Steimetz said, at its peak, Long Beach was hit even worse than the county as a whole, which saw unemployment insurance claims grow to 283,000, or roughly 22 times the pre-pandemic amount.

“The unprecedented scale of these kinds of claims,” Steimetz said, “the sheer volume of this is such that this gap (between Long Beach and LA County) seems small — but that’s actually a 200% difference.”

And the Black and Asian communities in Long Beach were hardest hit. Both communities each make up about 13% of the city’s population, and both represented about 18% of unemployment insurance claims filed. Latinos, who comprise 43% of the population, made up 38% of claims. About 28% of Long Beach residents are white, and they comprised 25% of claims.

The data was even more stark, Steimetz said, when looking at the breakdown by educational attainment. About 83% of all unemployment insurance claims filed were by people who had less than a college degree.

One surprise Steimetz found in the data, though, was how revenue for small businesses was impacted in different neighborhoods.

As expected, areas with high concentrations of retail and restaurants saw steep declines, according to the data, which ran from March 25 to May 26. The 90808 ZIP code in East Long Beach, which is home to the Long Beach Towne Center, saw the biggest drop; small business revenue there was about 66% lower than before the coronavirus.

The increase in Bixby Knolls was a modest 4%, but North Long Beach saw a 39% jump.

Steimetz acknowledged the latter spike is “a bit perplexing,” and he said it’s too early to be able to dive deeper into the data to see what exactly has caused that trend. But, he added, a hint could lie elsewhere in the numbers: Grocery spending has grown.

Steimetz noted that a large Trader Joe’s is located in 90807, which could have spurred some spending in nearby businesses. And in 90805, Steimetz shared a theory that he credited to his graduate research assistant and North Long Beach resident Megan Anaya.

“And all of you belong to some Facebook group, at some point, that tells you where to buy toilet paper,” Steimetz added, “and they always say: ‘Go to the bodegas.’”

While it’s helpful to know on a more detailed level how the coronavirus has impacted Long Beach’s economy up to this point, it’s less clear where the city goes from here.

The next forum, which will focus specifically on Long Beach’s leisure and hospitality sector, is scheduled for Nov. 19. Information: csulb.edu/ref